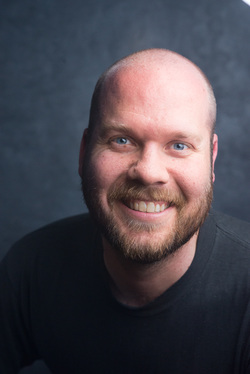 Stan Muncy is a percussionist and jazz vibe player who freelances in the San Francisco bay area. He is an acting member of the San Francisco Symphony for the 2020-21 season, a member of the Santa Rosa Symphony, performs with many of the other regional orchestras, and was acting percussionist/assistant timpanist with the Honolulu Symphony. He plays vibes with the Park St. Trio who you can hear on their albums 'Goodnight Daylight' and '3 Plus 5'. His recording credits extend to the NAXOS classical label and many film and video game scores recorded at Warner Brothers Studios, Capitol Records, Skywalker Sound, and Firehouse Studios. He has recorded with the San Francisco Symphony for Lou Harrison's Concerto for Organ with Percussion Orchestra, Edgard Varese's Ameriques, Hector Berlioz's Roméo et Juliette, Charles Ives' Symphony No. 4, and Aaron Copland's Symphony No. 3. He also enjoys a prolific new music career having toured with four-time Grammy-winning new music sextet eighth blackbird.

As an educator, Stan is currently on faculty at Stanford, CSU, Stanislaus and the San Francisco Conservatory of Music. He has taught individual and group lessons to all ages, and given masterclasses at high schools and colleges such as California State University East Bay in Hayward and San Jose State University. He's coached youth orchestra percussion sections such as the San Francisco Symphony Youth Orchestra and California Youth Symphony.  He's also played many percussion ensemble outreach concerts to elementary and middle schools around the bay as a member of Supercussion. He is available for private lessons. Please visit the 'Contact' page if you are interested.